Skip to content Skip to sidebar Skip to footer

Oleh cegun Post a Comment
Russia finally actually attacked Ukraine. President Vladimir Putin officially announced this since February 24. The Russian offensive then began with explosions in a number of Ukrainian cities, including Kyiv, Odessa, Kharkiv and Mariupol. Until now, the tension is still ongoing. 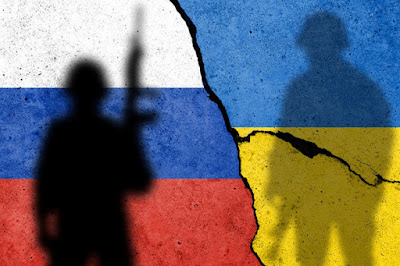 In fact, in the past, Ukraine had "a meeting" with Russia. But the current Ukrainian leader is closer to the West and wants to be part of NATO. Whereas when the Cold War occurred, before 1990, the Ukrainians and Russians united in a federation called the Soviet Union. A strong communist state at that time. The Soviet Union after Germany lost and WWII ended, had influence in eastern Europe. It's no wonder that countries in eastern Europe have also become communist countries.
In 1991, the Soviet Union and the Warsaw Pact dissolved. In the same year, Ukraine voted for independence from the Soviet Union in a referendum. Russian President Boris Yeltsin that year agreed to this. Subsequently Russia, Ukraine and Belarus formed the Commonwealth of Independent States (CIS). But there was a split. Ukraine considers that the CIS is Russia's attempt to control the countries under the Russian Empire and the Soviet Union.
In May 1997, Russia and Ukraine signed a friendship treaty. It is an attempt to resolve disagreements. Russia is allowed to retain majority ownership of ships in Ukraine's Crimea-based Black Sea fleet. Russia also has to pay Ukraine a rental fee for using the Sevastopol port. Relations between Russia and Ukraine have been heating up again since 2014. At that time there was a revolution against Russian supremacy. The anti-government mob succeeded in overthrowing the pro-Russian former president of Ukraine, Viktor Yanukovych. Riots even broke out before making peace in 2015 with the Minsk deal.
The revolution also opened up Ukraine's desire to join the European Union (EU) and NATO. This, citing Al-Jazeera, infuriated Putin at the prospect of establishing a NATO base next to his border. This is also supported by the increasingly close relations of a number of Eastern European countries with NATO. Call it Poland and the Balkan countries. When Yanukovych fell, Russia used the power vacuum to annex Crimea in 2014. Russia also supported the separatists in eastern Ukraine, namely Donetsk and Luhansk, against the Ukrainian government.

The issue of attacks has been rolling since November 2021. A satellite image shows a new buildup of Russian troops on the border with Ukraine. Moscow is believed by the West to be mobilizing 100,000 troops along with tanks and other military hardware. Western intelligence says Russia will attack Ukraine. In December, world leaders such as US President Joe Biden warned Russia of Western economic sanctions if it attacked Ukraine due to reports of increasingly intense military problems at the border. A number of European leaders such as French President Emmanuel Macron and Turkish President Recep Tayyip Erdogan also "came down the mountain" to initiate negotiations between the two. On the other hand, Russia has also started conducting large-scale military exercises since early January 2022. All navies are deployed. This exercise is also carried out on land. Russia cooperates with Belarus, its close neighbor and ally.

Russia denied it would attack at the time. However, Putin's country makes detailed security demands of the West. One of his points asked NATO to stop all military activities in Eastern Europe and Ukraine. Russia asked the alliance never to accept Ukraine or other ex-Soviet countries as members. In an exclusive interview with CNBC Indonesia on February 16, Russia's Ambassador to Indonesia, Lyudmila Georgievna Vorobieva, said Russia had never intended to attack its neighbor. He said this issue arose after the US, NATO and their allies exhaled.
"All the hysteria that occurred between Russia and Ukraine has been targeted to divert issues from our country's security regarding the Russian Federation. We see the expansion of NATO which has been going on for more than 30 years and now NATO infrastructure is getting closer to our borders," he explained in the interview at the time. "In this situation, Ukraine is only used as a tool to spread war information against Russia. While our country is pursuing diplomacy, the West continues to spread war information and creates tension on the Russia-Ukraine border." "Actually nothing happened and we have no intention of declaring war on Ukraine. Please don't get me wrong, we actually think of Ukraine as our brother," he said. "Fighting Ukraine is a nonsensical idea to us." He explained that NATO had carried out five phases of expansion, from 1999 to 2020.
Why Attack Ukraine?
Experts believe Putin did this for the purpose of forcing change in Ukraine. Russia, wants Ukraine's leadership to be changed to pro-Moscow. "Based on Putin's speech ... Russia launched a major offensive across Ukraine and aimed to overthrow the Kyiv government through military means," Henry Rome, director of global macro research at Eurasia Group, was quoted as saying by CNBC International. "Although Putin claims otherwise, this possibility would include the occupation of some territories by Russian forces." Quoted from CNN International, in a long essay published by Putin in July 2021, he briefly called Russia and Ukraine "one person".
"The West has undermined Ukraine and pulled it out of Russia's orbit through a forced identity change," the media wrote, describing Putin's writing. In a media meeting attended by CNBC Indonesia two weeks ago, a senior official at the US Embassy in Jakarta said Russia's blatant violation of international law poses a direct challenge to the international rules-based order. Ukraine itself is a member of the United Nations, which means an independent and sovereign country.
"If Russia is allowed to limit Ukraine's sovereignty by dictating Ukraine's alliances and foreign policy choices, by blackmailing it and violating its territorial integrity, it could embolden others wishing to expand illegal territorial claims including in the South China Sea (SCS)," he said.
"Damaging the principles of the international rules-based order weakens the foundations of international cooperation and Russia's violations threaten peace and stability on the European continent." 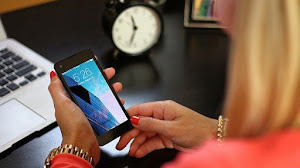 Business Ideas at Home : If you want to build a business b…

Creating a Brand Image is an important key so your busine…

Positive Thinking for Your Positive Life

Positive thinking : How to be happy? Then, how do you beco…

List of Business Opportunities in 2021 That You Can Try

Running a business should not be done carelessly. Accuracy …

The Benefits of Starting a Business at a Young Age

Simple steps: How to begin an E-commerce Enterprise

Simple steps: How to begin an E-commerce Enterprise: With A…

Effective Business Tips That You Have to Know

Leadership is the set of qualities that causes people to f…